In this week’s update: John Howard tells the Government to respect parental rights, the attacks on Israel Folau continue and Santa Sabina Girls’ School back in the headlines for all the wrong reasons.

In a submission to the religious freedom inquiry, John Howard says the government should cut funding for any school that won't let parents pull their children out of sex or gender-related classes.

Although his submission has not been published by the committee, the comments were reported online by the Sydney Morning Herald yesterday afternoon. 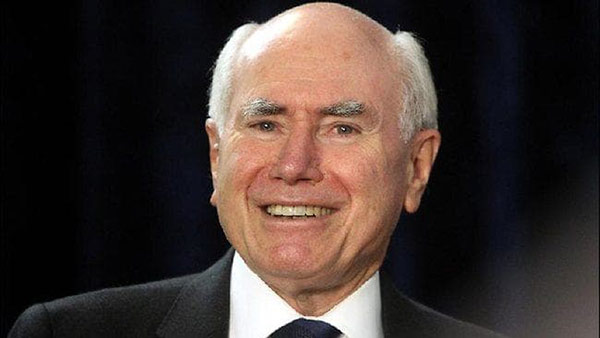 “Speaking practically, the preferable approach would be for the Commonwealth government to make it a condition of funding for both government and non-government schools that parental rights of this kind be respected,” Mr Howard wrote.

Mr Howard also urged the Government to enshrine as a positive right the ability for religious schools and welfare organisations to hire and fire as they see fit, including on religious or moral grounds. Major churches have also argued this to the inquiry – as has the Australian Family Coalition.

The inquiry’s chairman, former Howard-era Attorney-General Philip Ruddock, said he “greatly valued” Mr Howard's submission and it was given due consideration.

The bid to silence rugby player Israel Folau continues – ironically from those who also enjoy the right to speak their mind publicly.

Two former Wallabies stars have become the latest to publicly criticise Folau, after he posted a link to a sermon on Twitter along with the following words:

“With great love I wanted to share this video in the hope that people watch it and think about it. Jesus is coming back soon and he wants us to turn to him through repentance and baptism in the name of Jesus Christ (Acts 2:38) please don’t harden your heart”

Somehow this statement was considered homophobic, and the calls for him to quit rugby have intensified.

“He can either continue to preach, in which case he is almost honour-bound to take his leave of rugby,” wrote Greg Smith of The Australian. “Or he can continue in the game and ... keep his views to himself.”

“Those beliefs that you talk about, keep them to yourself. I don’t see there’s a need to be putting it on a huge social platform,” said another former Wallabies star, George Gregan.

It's clear from these comments that so-called "tolerance" is a one-way street.

As columnist Miranda Devine wrote, the video posted by Folau might not be your cup of tea, but you have to be extraordinarily obsessed with rainbow politics to imagine it’s about homophobia.

The message from the corporates and the mainstream media is clear. It is no longer acceptable for those in public life to adhere to Christian or conservative values, especially when it comes to matters of sexuality.

You may remember that we reported some weeks ago the controversial views of the principal of Sydney's Santa Sabina Catholic Girls' School.

In case you missed it, back in March hundreds of parents at the school called for the resignation of principal Maree Herrett after her comments promoting gender fluidity.

Writing on her Twitter account, she claimed that “Gender is a social process, a dynamic of change quite different from biological evolution” and promoted a book that claims the concept of binary sexes — as in male or female — is “impoverished thinking”.

Now the school is back in the headlines again – for all the wrong reasons.

Even more parents are withdrawing their daughters after the school was caught removing pages from the 2018 student diary.

The pages contained hymns, prayers, the college song, a statement of Dominican values, and the words to the national anthem.

When parents raised questions about the missing pages, Principal Herrett claimed they were removed “because they contained typographical errors, spelling mistakes and incorrect information about room numbers for classes.”

But, during the school holidays, a group of parents ordered an intact copy of the diary from the Victorian printers and last week went though it with a fine-tooth comb. They found only one error on one page: the word “before” missing in the college song.

There were changes found in the missing pages of the 2018 diary. The page titled “Our Tradition”, which, in previous diaries, told the history of the Dominican nuns and its founder Dominic de Guzman, had been rewritten. “All it references is justice, a contemporary and innovative school … and no reference to the Dominican tradition at all,” say the parents.

There were also changes to the “Prayers” page in the 2018 diary: Ecclesiastes 3:1-11 has been replaced by “A prayer for Human Solidarity” and “Prayer for the Environment”.

Since seven of the pages contained no errors, why did the school go to so much trouble to physically slice them out of 1000 diaries?

The deadline to present the Declaration of Religious Freedom is fast approaching. In fact, we will be providing it to the Attorney-General, Hon Christian Porter MP, tomorrow.

We have already passed 13,500 signatures, which is a fantastic result in just a few weeks! Could you help us increase this even further?

If you haven’t signed it already, please click here to do so today!

And please share the link on Facebook if you haven’t already done so by clicking the button below.