The UK Telegraph reports that Dr David Mackereth, a doctor of 26 years’ experience, can no longer be employed as a disability assessor for believing gender is genetic and biological, rather than fluid.

He was told by his supervisor that he must only refer to patients by the sex with which they identify.

His employer, the UK Department for Work and Pensions, says that any report or contact with clients should refer to them in their chosen sex otherwise it “could be considered to be harassment as defined by the 2010 Equality Act”.

Dr Mackereth, who claims a Christian faith, replied that “in good conscience” he could not conform to those demands, and so his contract was terminated. 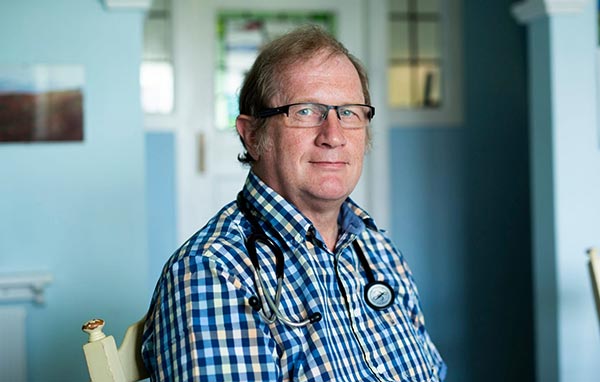 Dr David Mackereth says his freedom of belief is being attacked.

“By stating what has been believed by mankind for centuries – namely that gender and sex are determined at birth – you can come under ferocious attack,” Dr Mackereth said.

“I’m not attacking the transgender movement. But, I’m defending my right to freedom of speech and freedom of belief.

“I don’t believe I should be compelled to use a specific pronoun. I am not setting out to upset anyone. But, if upsetting someone can lead to doctors being sacked then, as a society we have to examine where we are going.”

Good on him for standing up for the truth!

Last week we shared with you that a new bill from NSW Senator David Leyonhjelm to allow the Northern Territory and the Australian Capital Territory to create euthanasia laws has been given “precedence over all government business” between August 14 and 16 in the Senate.

In response, AFC supporters have already sent thousands of emails to their state or territory’s senators in the past week!

If you haven’t already done so, please click here to tell your senators to vote “No” to allowing euthanasia and assisted suicide in the territories.

She has predicted “terrible consequences” if euthanasia becomes law, saying “it was quite disturbing” to sit in the Senate chamber last week as business unfolded.

“People in this building should be standing up for the fundamentals – like the right to live,” she said.

“The very first right of all of us is life.

“Sometimes life is difficult, challenging, illness can be frustrating and it can push the will, but ultimately our duty is to make life as comfortable and viable as it can be, not to simply end it.

“I worry about the vulnerability, particularly of older people, to abuse.

“We have a rising awareness that elder abuse is common, and there’s also that background social risk that people who are older thinking that they are a burden rather than a valued member of our society.”

Senator Stoker, an Anglican who attends church in inner-city Brisbane, is determined to stand up in parliament for her pro-life, Christian beliefs and the right to religious freedom.

“It is deeply troubling to have so many examples to point to that suggest this freedom is under attack in our culture,” she said.

“If we fail to defend people’s right to believe, and to practice their faith, we deny our nation its moral bedrock. Tolerance must cut both ways.” 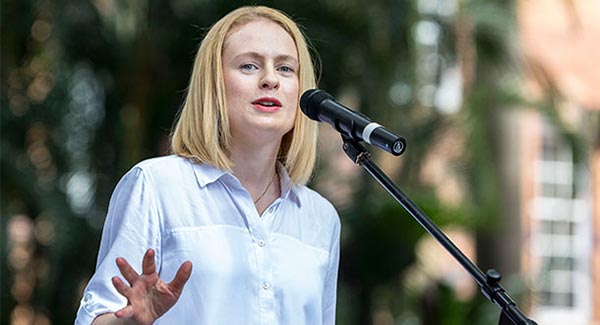 Senator Stoker is right: allowing euthanasia will devalue life as many in our society will feel themselves to be a burden on their loved ones – or could be pressured into feeling this way.

Our governments should be improving palliative care services rather than taking the cheap and “easy” way out.

If you haven’t already done so, please join Senator Stoker and thousands of AFC supporters in standing up for the vulnerable in our society.

Click here to tell your senators: “No euthanasia laws in the territories”!

Thank you to those who have already taken action!

The Greens have introduced legislation in the WA Parliament which would force religious schools to hire staff who don't agree with their doctrine or beliefs.

Current law allows religious schools to choose not to employ staff who are unmarried parents, living together out of wedlock or who are LGBTI.

However, this is unfair “discrimination” according to the Greens.

Here’s a snippet from Greens spokeswoman for sexuality and gender diversity, Alison Xamon:

“It means that if an employee is LGBTIQ, or if a woman becomes pregnant and becomes a sole parent, if someone is divorced, then those sorts of reasons no longer become a lawful excuse to sack someone or to kick a child out of school or to deny enrolment to a child.”

Concerningly, the WA State Labor Government seems supportive of the proposed changes, with a spokeswoman for Attorney-General John Quigley saying the McGowan Labor Government was committed to addressing discrimination against the state’s LGBTI community.

The Greens have also pushed for the abolition of the Lord’s Prayer in federal parliament – a tradition that was introduced in 1901.

NSW Senator Lee Rhiannon said the statement that opens parliament “should be inclusive of people of all beliefs and faiths”.

“A secular nation like Australia should be free from religious bias and not impose religious influence on citizens or parliamentarians,” she said.

However, Queensland LNP Senator Matt Canavan railed against the move, along with his colleague Senator Amanda Stoker.

“Whether or not you come from a Christian heritage or not, I think the sentiments that are included in the prayer is something that is a shared heritage and insight for a western civilisation like ours,” Senator Canavan said.

“The idea that we should replace what is something that has lasted thousands of years, passed down by generation to generation, with some ... unlinked statement of spiritualism I think would be a retrograde step in our culture.”

Friends, this is only a brief summary of recent news related to family, faith and freedom.

We will continue to update you regularly. In the meantime, please follow us on Facebook for more frequent and breaking news.

P.S. We are still growing fast, but we want to keep building our reach!

As always, please invite your friends and family to register for our free email updates by sharing the following link with them: