According to columnist Miranda Devine, APHRA is a powerful body which can prosecute, involve police and apply criminal sanctions to doctors who transgress medical ethics and the law.

It was “designed to stop killers, incompetents and charlatans who endanger lives, not to stop private citizens with medical degrees from expressing their opinions,” she wrote in the Daily Telegraph.1

The tweets, which Dr van Gend shared without any comment of his own, related to radical gender ideology.

The first tweet was a picture of Shelton and American author Ryan T Anderson from the conservative Heritage Foundation (US), with the following text:

“A privilege to catch up with … the author of How Harry Became Sally. A must read for anyone trying to understand how to push back on radical gender indoctrination of our children.”

The second tweet was a link to a Miranda Devine column entitled: SSM has led exactly where we were warned it would.

Devine’s article was critical of Queensland Education Minister Grace Grace, who had seemingly justified the teaching of radical gender theory in schools because, in her own words: “We have just had the biggest debate about marriage equality”.

Three months after the tweets, van Gend received a notification from AHPRA that his conduct was under scrutiny. 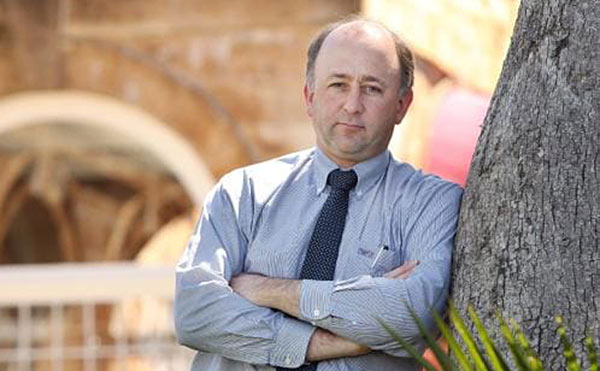 The complainant alleges van Gend is: “presenting as a medical practitioner and providing information that is ‘clearly not medically, psychologically, nor scientifically based’ and not promoting public health.”

However, the president of the American College of Pediatricians has come to Van Gend’s defence, saying the probe of van Gend is: “a blatant violation of freedom of speech and association that has absolutely nothing to do with tolerance, science, or health.”

Dr Michelle Cretella says physicians dedicated to the Hippocratic Oath principle of primum non nocere (first do no harm) have a duty to “boldly pushback against this pervasive, tyrannical transgender ideology that is gaslighting, chemically castrating and surgically mutilating our children”.

Medical Board clamping down on free speech

The van Gend case is, unfortunately, not completely without context.

In fact, it serves almost as some kind of test case for the proposed new regime from the medical board – because there is an alarming proposed change to AHPRA’s code of conduct that is currently undergoing public consultation until 17 August 2018.

One of the new paragraphs reads as follows:

Community trust in the medical profession is essential. Every doctor has a responsibility to behave ethically to justify this trust. The boundary between a doctor’s personal and public profile can be blurred. As a doctor, you need to acknowledge and consider the effect of your comments and actions outside work, including online, on your professional standing and on the reputation of the profession. If making public comment, you should acknowledge the profession’s generally accepted views and indicate when your personal opinion differs. Behaviour which could undermine community trust in the profession is at odds with good medical practice and may be considered unprofessional.

In other words, doctors who make public comments which may be considered ‘controversial’ could be scrutinised, and sanctions could even be applied to the doctor.

As one group of concerned doctors wrote in a submission to the Board:

“This paragraph can be used against free speech and free debate... Great advances in medicine and social action have been made as a result of doctors ‘going against the flow’.”

It’s clear that radical gender ideology is one of many tools now used by activists to silence dissenters to the “progressive” zeitgeist.

And it’s a particularly frightening tactic when our children are being fed the idea that gender is a social construct that can be manipulated at will.

“At the core of the ideology is the radical claim that feelings determine reality. From this idea come extreme demands for society to play along with subjective reality claims.”2

At the time of publishing this article, we don’t yet know whether Dr van Gend will be penalised for his retweets. However, to think that an Australian medical doctor could be reprimanded for such actions should be horrifying to all Australians.

There are dire implications to our freedoms if our medical professionals – indeed, professionals of any kind – can no longer voice opinions publicly without fear of retribution, or even dismissal.