The ‘Expert Panel’ on religious freedom has now handed its much-anticipated report to the Federal Government.

And although the panel’s recommendations are being kept under wraps for now, the initial response from senior Cabinet members has been quite encouraging – and reflect the spirit of our Declaration of Religious Freedom.

“Rather than answer a question in generality, let me say that we are all absolutely committed to ensuring that freedom of religion is protected in Australia,” said the Prime Minister.

“And of course, that protection is reflected in our own constitution, in fact. It is an absolutely vital human right, and it’s one of the freedoms in which we cherish, in which our forefathers and foremothers, for that matter, have fought and died to preserve.”

“It should be within the law for teachers to be employed at that school that share that religious belief, not a contrary view, and I think there needs to be similar protections put in place,” he told Sky News on Friday. 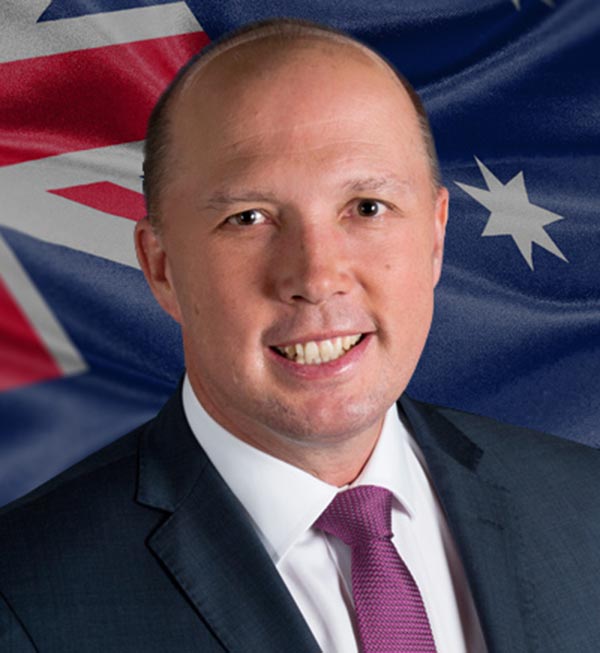 “That’s at the heart of the concerns that many people share. That’s not to deny people any right at all, in fact it’s recognising a fundamental right of religious belief, and that’s codified in different ways in other parts of the world.

“I think there are many within the Labor Party who would share a similar view, and I would expect Bill Shorten to offer bipartisan support to sensible reform in this way, but let’s wait and see what the review has to offer and what the response might be.”

Mr Dutton also stood for parental rights, saying parents should have the ability and right to teach and to guide their children as they see fit.

Asked whether he believed that an Islamic group wishing to advocate corporal punishment for women within marriage under sharia law should have their right to religious freedom protected, Mr Dutton said he would not support any religion preaching something which is outside of the Australian law.

“Women in our country are and always will be treated equally with men, and we aren’t going to allow young girls or boys for that matter to be sold off into marriage or to be punished because of reasons that might be contrary to sharia law and we don’t accept that in our country and we won’t,” he said.

These are certainly encouraging words. However, we would do well to remember that we heard similar promises during last year’s marriage campaign. Here’s a reminder:

“What I promise Australians is that before the legislation for marriage equality is completed or voted on in parliament, we will make sure that concerns about religious freedom are met with and dealt with and are treated with respect,” said Opposition Leader Bill Shorten.

Yet here we are, some six months after same-sex “marriage” legislation flew through Parliament with virtually no protection for Australians of faith.

So, while these latest comments should raise our spirits, it’s worth bearing in mind that we still have plenty of hurdles to clear – not least of which is actual religious freedom legislation passing both houses of Parliament.

Rest assured that we will partner with you in fighting for our freedoms every step of the way.

This is our commitment, and we hope you will also be involved for the long haul. To that end, we will be in touch again as soon as we determine the next step in this fight.

As Senator David Fawcett said last week in response to 14,000+ signatories to our Declaration of Religious Freedom:

“The preservation of religious freedom in this country is essential if we are to continue to be a free, plural democracy. Our freedoms, especially those of religion and belief, are worth fighting for.”

Thank you for your support.

P.S. Please keep abreast of the latest family, faith and freedom news by liking us on Facebook: https://www.facebook.com/austfamily/