Over 3000 submissions for QLD’s unborn, and religious freedom back on the agenda

Thank you for standing up for Queensland’s unborn!

Submissions to the inquiry into the so-called “reform” of Queensland’s abortion legislation closed last Wednesday.

Thank you to everyone who contributed, either via our webform or in another way.

We are greatly encouraged by the huge response from AFC supporters all around Australia. In only one week, over 3000 submissions were lodged through our webform alone!

This is a fantastic effort – especially considering reports that the committee received just over 6000 submissions in total.

This means that 50% of all submissions came from AFC supporters!

Meanwhile, a submission from the tax-payer funded Anti-Discrimination Commission of Queensland argues away the internationally recognised rights of the unborn while claiming abortion as a human right for women.

Referring to Article 6 of the International Covenant on Civil and Political Rights, the Anti-Discrimination Commission writes that: “the Covenant does not explicitly refer to the rights of unborn children, including to their right to life.”

With leading State Government figures like Queensland’s Deputy Premier Yvette D’Ath publicly arguing along similar lines to the Commission, we know we still have a hard fight ahead of us to stop this extreme legislation.

We will keep you posted on how to stay involved. Thank you again to the over 3000 who raised their voice for the voiceless!

Religious freedom back on the Federal Government’s agenda

Speaking of Queensland’s Anti-Discrimination Commission, it has decided a Christian community care organisation may be guilty of “indirect discrimination” for defending marriage last year.

A complaint was made against the Baptist Church’s Carinity care service after chief executive Jon Campbell sent an email to all staff last year arguing in ­detail for the “No” case during the same-sex “marriage” plebiscite.

In his email, Mr Campbell encouraged staff to “vote No” but also stressed it was important for both sides to “be respectful of each other”.

“A disturbing feature of the debate is the labelling commentary,” he wrote, “which supports a No vote as bigoted, hateful or homophobic.”

This is exactly the type of consequence the “No” campaign warned about last year. It’s encouraging, therefore, to hear new Prime Minister Scott Morrison flag the strengthening of religious freedom protections here in Australia.

Mr Morrison told Fairfax media recently that he will be taking a proactive approach when it comes to ensuring that peoples’ religious freedoms are protected. 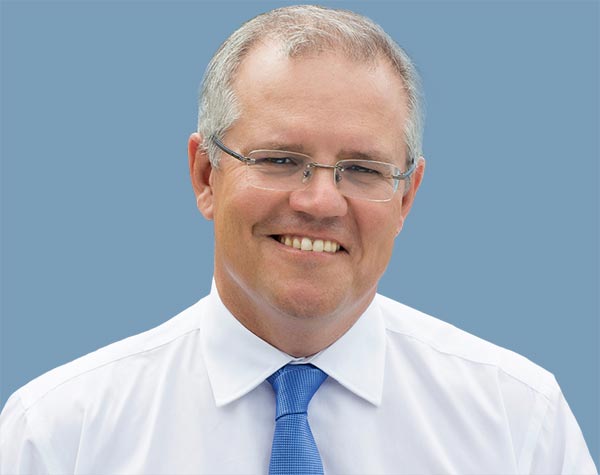 Since taking office, Mr Morrison has also argued for the right of religious schools to employ staff who support the school’s values, and criticised radical programs such as “Safe Schools” and Victoria’s “Building Respectful Relationships” for introducing radical gender theory to young children.

While it’s refreshing to have the Prime Minister openly discussing these issues, the Government is yet to release its response to the Ruddock-led review into religious freedom – and there are plenty of hurdles to clear before such ideas can become entrenched in law.

Our 14,000-strong Declaration of Religious Freedom earlier this year showed the Government we are serious – but we must be prepared to fight again soon.

Please stay tuned to our regular email updates over coming weeks and months.

P.S. Please help us prepare to fight for religious freedom by inviting your friends and family to sign up for our free updates. Here is the link: