Free speech stifled in NSW and a cake baker has his day in court.

In this week’s update: the NSW Parliament passes exclusion-zone legislation around abortion clinics, ACT legislates over the confessional, and the US Supreme Court upholds religious freedom for a Colorado baker.

A tragic day for freedom and unborn babies in NSW

Last week we shared with you that exclusion-zone legislation had passed the NSW upper house.

Sadly, the legislation was rushed through to the lower house this week and was voted through unamended late last night, 61 votes to 18.

The bill makes it illegal to obstruct and harass people accessing clinics – however such actions are already prohibited at any location in NSW.

The most contentious provision, therefore, is the creation of a broad communication offence, which renders it illegal to make “a communication that relates to abortions, by any means”, that could cause “distress or anxiety” to a person accessing or leaving a clinic.

In other words, pro-lifers now face jail time if they continue to gather and pray outside NSW abortion facilities.

The Minister for Women, Tanya Davies, defended side-walk counsellors in Parliament as people who provided women entering clinics with information to make a “truly informed decision”.

“They are providing the other pieces of information that some women choose to accept,” she said. “They don't force their views onto these women. They are offering simply another choice.” 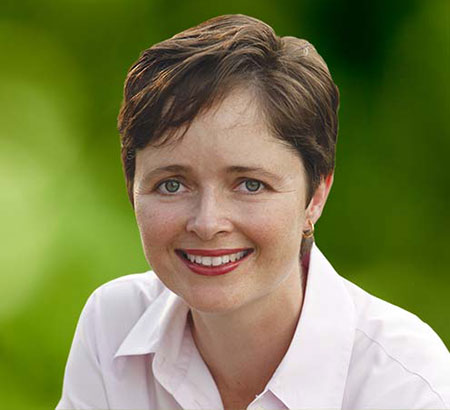 NSW Minister for Women Tanya Davies, who is pro-life

However, the bill passed easily thanks to widespread support from Labor, the Greens, the National Party and even the NSW Premier.

The ACT Parliament legislates over the confessional

Laws requiring Catholic priests to break the seal of Confession in cases of child abuse and misconduct passed the ACT’s Legislative Assembly yesterday.

The purpose of the Ombudsman Amendment Bill 2018 was to expand the Reportable Conduct Scheme governing allegations of child abuse and misconduct to include religious organisations.

However, Archbishop Christopher Prowse of Canberra-Goulburn said such a requirement would neither help prevent abuse nor assist efforts to improve the safety of children in Catholic organisations.

“Apart from the fact that child abusers do not confess their crimes to police or priests, such legislation would also threaten Catholics’ religious freedom,” he wrote.

“The government threatens religious freedom by appointing itself an expert on religious practices and by attempting to change the sacrament of Confession while delivering no improvement in the safety of children.”

A much-anticipated US Supreme Court decision has ruled in favour of a Colorado baker who refused to bake a wedding cake for a gay couple.

The case examined the competing constitutional rights of same-sex couple Charlie Craig and Dave Mullins and that of the religious baker Jack Phillips, and the broad themes of the case mirrored the religious freedom debate in Australia in the wake of the same-sex “marriage” vote.

The judges ruled 7-2 in favour of Phillips, overturning the Colorado Civil Rights Commission’s ruling that Phillips had broken the state’s anti-discrimination laws. 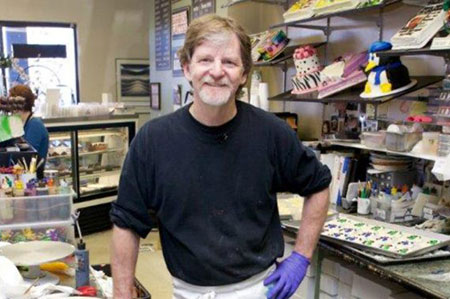 Jack Phillips in his bakery

In his majority decision, Justice Anthony Kennedy said the commission displayed an inappropriate “hostility” towards Mr Phillips’ religious convictions because it was biased against his religious beliefs.

“The commission’s hostility was inconsistent with the First Amendment’s guarantee that our laws be applied in a manner that is neutral toward religion,” he wrote.

However, he also cautioned that the court’s decision might not prove to be a precedent in all cases where the rights of same-sex couples are challenged on the grounds of religious freedom.