Like clockwork, inquiries into ‘difficult’ topics are often held over the summer break.

This year is no different, with faith-based schools under assault yet again. A new inquiry (which we alerted supporters to earlier this week) closes this coming Monday, 21 January.

But before commenting on that, we have received an interesting letter – from the Prime Minister no less.

Mr Morrison wrote to the AFC (among numerous interested parties) to explain the Government’s position on “discrimination” by faith-based schools. 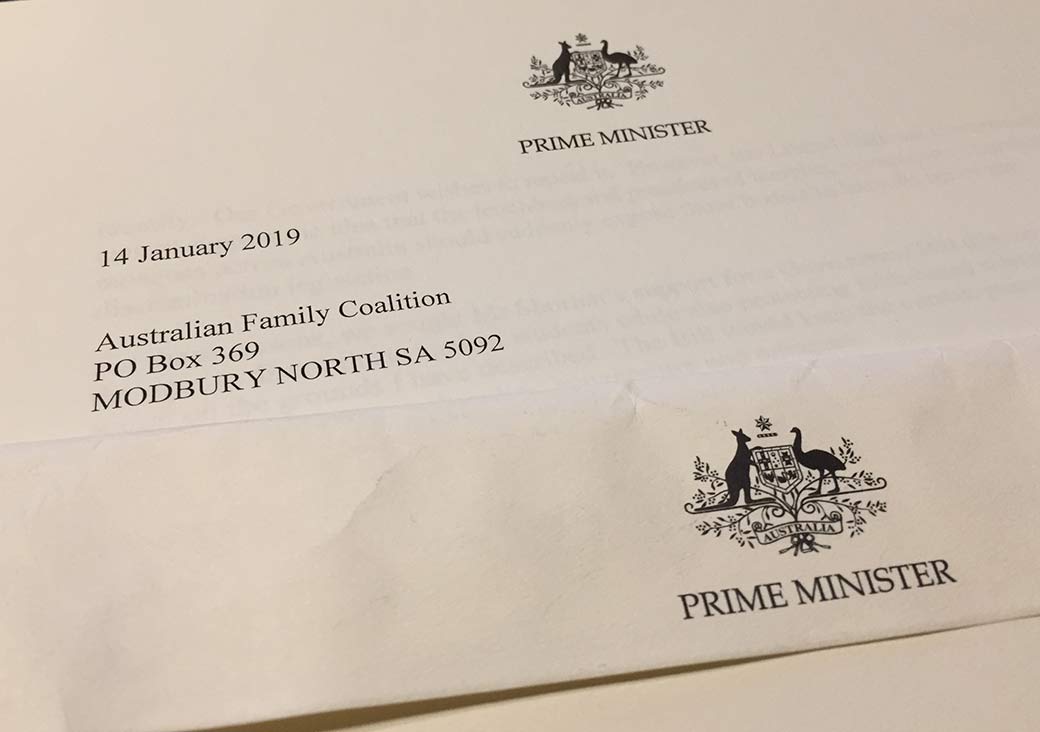 As he rightly states in his letter, the Coalition position is superior to Labor’s. The latter has vowed to throw schools’ and parental rights under the bus by hypocritically targeting the very protections they legislated themselves in 2013.

The Coalition’s position is an interesting one. To reiterate, the Government would remove faith-based schools’ ability to discriminate over enrolment and employment, but they would legislate a separate positive right of schools to maintain their beliefs and ethos.

How this would work in practice remains to be seen. There is little doubt that courts would be the final arbiters – and this has often ended in tears in the past.

But what the Government’s position clearly demonstrates is that you are having an impact.

The AFC’s Hands off our Schools campaign has now seen 76,841 emails sent by supporters to federal MPs and senators across the country. This massive outpouring of concern has placed the Government on notice – very timely with an election only months away.

That’s why we can’t afford to ease off – definitely not now!

If you haven’t already, please CLICK HERE to make an urgent submission to the inquiry into faith-based schools.

If we don’t work tirelessly to preserve our freedoms now, it will be so much harder down the track.

If you’ve already made a submission, please encourage others to have their say too. It’s incredibly simple and only takes a few minutes. The link is: https://www.austfamily.com.au/save_our_faith_based_schools

Whatever misgivings we might have about the Government’s position, it’s also worth noting – as Mr Morrison points out in his letter to us – that the current Labor proposal would have even wider-ranging consequences.

“[This] risks an unprecedented encroachment on religious freedom in this country. The effect of these changes would be to censor what can be taught in religious bodies and dictate how these bodies teach their faiths.”

The Prime Minister is right. But the risk to our freedoms is exactly why there should be no tightening of anti-discrimination laws – especially when no concrete provisions have been put in place to preserve freedom of religion and belief.

To strip away our rights on the vague promise of some later protection is exactly what happened when marriage was legally redefined in December 2017.

We can’t let our rights be eroded yet again. Please CLICK HERE to make a quick submission today.

In a matter of days, 4000 AFC supporters have already had their say. Please help us boost that number by making a submission and sharing this campaign.

With your help, we’ll keep freedom firmly on the agenda as the election approaches.