One of Australia’s largest Christian denominations, the Uniting Church, has amended its teaching to permit same-sex ‘marriages’.

In fact, in an alarming indication that even churches are no longer free of radical gender ideology, it refers to them as “same-gender marriages”. 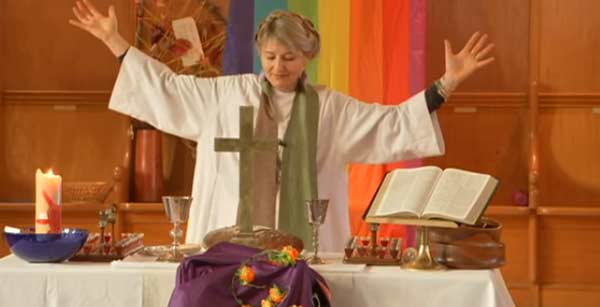 The original definition will remain, namely that: “marriage for Christians is the freely given consent and commitment in public and before God of a man and a woman to live together for life”.

But a new definition also asserts that: “marriage for Christians is the freely given consent and commitment in public and before God of two people to live together for life”.

Aside from the eyebrow-raising paradox of a Church attempting to hold two completely contrary teachings, questions have been asked about the process used to arrive at this outcome.

Among other concerns, it has been noted by observers that:

Within the Uniting Church, the ripples continue to be felt. The Assembly of Confessing Congregations – a sizeable body within the Church that upholds traditional marriage – will soon hold a gathering of its own.

Post-Assembly, many questions remain unanswered. These include the practicalities of permitting individual ministers and congregations to decide their own position on marriage.

What happens when a minister and their congregation are at odds on the issue? Will ‘protections’ in the 2017 changes to the federal Marriage Act protect individual churches that do not wish to host a same-sex ‘wedding’ or reception?

These are not idle questions. For some 20 years, major Australian denominations have needed to defend their teachings in the face of hostile anti-discrimination laws. It seems reasonable to speculate that questions arising from the Uniting Church’s new path will need legal resolution.

For churches that observe the timeless definition of marriage, the Uniting Church’s move places the increasingly difficult aspiration of ecumenism even further out of reach. The move will also embolden dissident liberals within other denominations.

For Australian society more broadly, perhaps no immediate impact will be felt. But the ability of the millions who voted “No” in last year’s marriage survey to maintain their own views, to have their children educated accordingly, and to generally avoid the Rainbow agenda will continue to be eroded as “safe spaces” continue to disappear.

Regardless of readers’ beliefs or none, the Uniting Church’s move is very disappointing – and the Australian Family Coalition will continue to stand with those who adhere to the true meaning of marriage.