US voters rail against "gender agenda"

Something astonishing happened in America this week:

Gender ideology and parental rights played a direct role in an election outcome.

Just days ago, the US state of Virginia held an election for governor (like an Australian premier or chief minister but elected by the people).

Virginia was a state that Joe Biden won by a large margin only last year.

So, what caused this upset – and how is it relevant to us?

Education was an unusual election focus, although a combination of mask mandates for school children, Covid-related school closures, and the teaching of Marxist-inspired Critical Race Theory already made for potent debating points.

But add to them a simmering concern about gender ideology and a loss of parental rights and you make for something quite explosive.

That’s exactly what happened in Virginia. And we’re not talking about an abstract discussion, but something quite shocking.

A great deal of debate centred around an alleged rape that took place in a school toilet (of a girl by a male wearing a skirt).

The victim’s father was arrested outside a school board meeting after having his say – and was later investigated by authorities under the scope of domestic terrorism legislation.

You couldn’t make this terrible story up if you tried.

Activists, mindful of the electoral fallout, tried to muddy the case, but missed the key point by a country mile:

Parents and people of common sense are sick and tired of being ignored and written off as extremists. 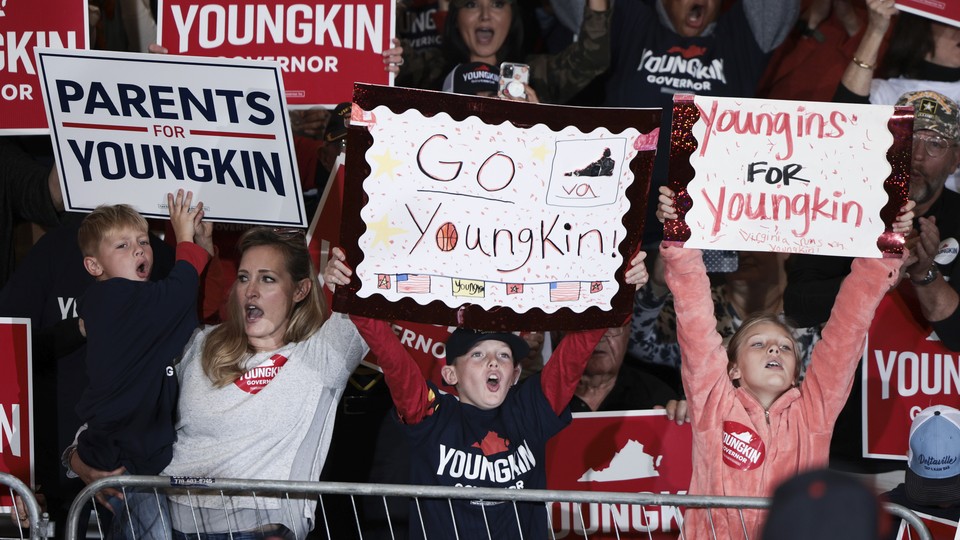 In everything from gender-appropriate toilets, to preserving boys’ and girls’ sports, to the selection of books on library shelves, people were fed up with being ridiculed and overridden.

Look at the defeated Democrat candidate Terry McAuliffe, for example.

When he was governor previously he vetoed a bill that would have given parents the ability to “veto books” in their children’s schools.

“I’m not going to let parents come into schools, and actually take books out, and make their own decision,” he said.

“I stopped the bill,” he said. “I don’t think parents should be telling schools what they should teach.”

That’s his call, of course, but it looks like it came back to haunt him.

Without going into every minute detail of the Virginia elections, the takeaway point is this:

Backing parental rights and refusing to cave into the gender agenda is not “extreme”.

And if voters in an increasingly “progressive” American state are willing to back a candidate who says the right thing, surely the same would hold true in Australia.

There are some good MPs in our country who are doing their best to put the spotlight on these issues. But that’s not enough.

We need pollies at the leadership level to realise that placating the radical gender agenda is bound for electoral failure because most people simply don’t support it.

On the other hand, if they’re willing to oppose the “woke” wave and back common sense, people will back them in return.