SA is the only remaining Australian jurisdiction to criminalise prostitution (albeit in a somewhat clunky way due to the nature of the laws).

The Greens’ bill would have seen a free-for-all in terms of brothels and streetwalking, with countless unanswered questions about advertising, the presence of minors, and more.

It would also have severely weakened police investigative powers and forced local councils to provide the only possible oversight of brothels and streetwalking – with minimal powers and resources.

The bill had already passed the upper house and came to a vote in the SA lower house this morning.

It was widely expected to pass the 2nd reading stage, allowing for detailed discussion of possible amendments before an anticipated 3rd and final vote.

Remarkably and quite unexpectedly, the bill was defeated today at the 2nd reading vote, 24 votes to 19.

The result is testimony to the many AFC supporters and others who have contacted their upper house members since last year and their local MPs more recently.

We know their voices made an impact.

So, whatever your state or territory, please take heart: your voice DOES matter and you CAN make a difference.

That’s not to say we’ll always win, but the opportunity is always there – even when our chances seem bleak.

We’re also continuing to grow in numbers every week as more likeminded Aussies get involved.

On that note, you can help us to be even more effective by encouraging your family and friends to sign up for AFC emails at:

We're only as strong as the number of people willing to take action when it matters, so please help to swell the size of this movement.

If we're effective with our current 50,000+ supporters, imagine how much more effective we will be going forward!

PLEASE NOTE: The voting record has now been added below. The AYES voted for the decriminalisation of prostitution while the NOES were those against. 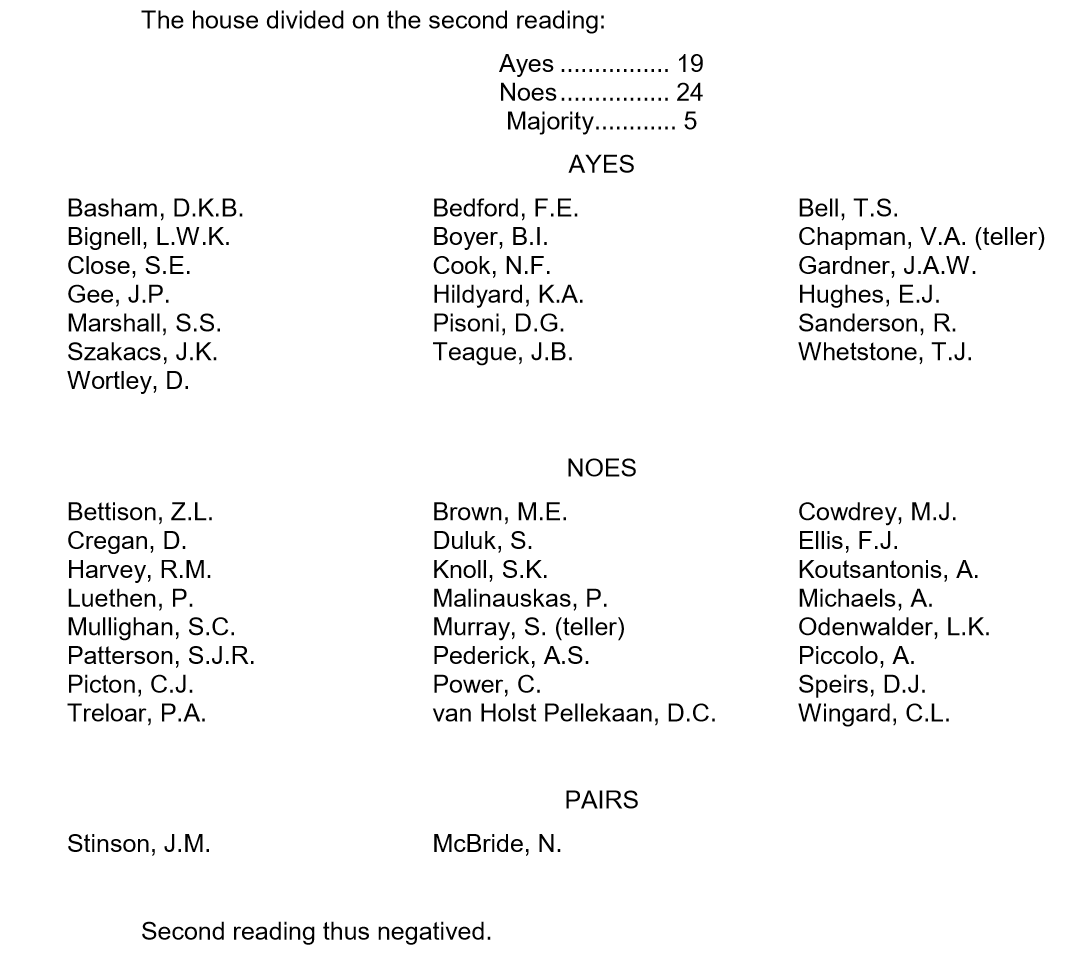