I'm sure you’ve heard it said that those who believe in such reactionary things as marriage and family want to take Australia “back to the 1950s”, right?

Well, in Italy, where the World Congress of Families has just concluded, pro-family advocates have been accused of being “medieval” in mindset.

No, this is not some April Fool’s joke.

The mayor of Verona, the host city, had some pretty terse words to share as the gathering opened.

Verona was a fitting location for the Congress, given it had recently declared itself a “pro-life city”.

The Congress was an amazing gathering, with some 1000 delegates converging from all corners of the world. The vibe was electric, and the optimism was contagious.

There was no naivety in this. Speakers and delegates were acutely aware of the issues confronting much of the (especially Western) world, but they had two oft-recurring points in reply.

Firstly, reflecting the conference theme – “the winds of change” – many countries around the world are now turning the tide and promoting excellent pro-family policies. Secondly, as many speakers over the three days reiterated, the family is not the past. The family is the future. The future belongs to the family.

Among the meeting’s inspiring speakers were Katalin Novak, Hungarian Minister for Families, and the Deputy Prime Minister of Italy, Matteo Salvini. 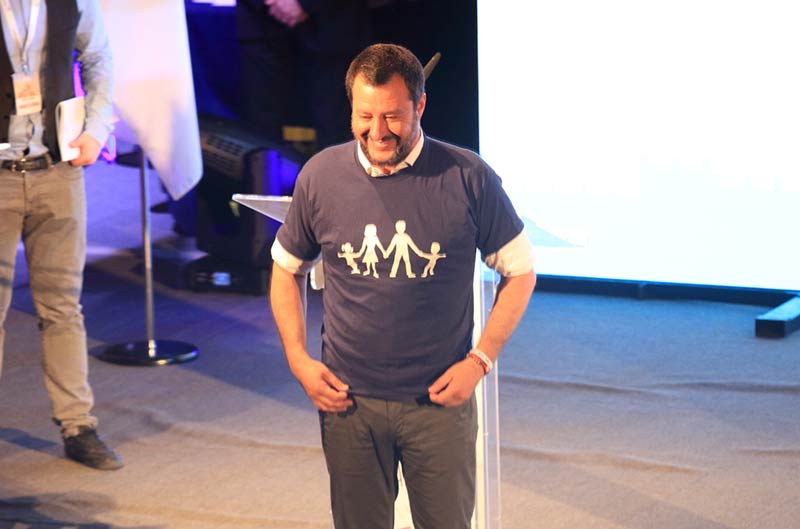 Mr Salvini wasted no time in utterly condemning political correctness and declaring himself to be neither “Parent 1 nor Parent 2” but a proud father.

Despite all this, much of the media worked hard to discredit the meeting. The “medieval” label was bandied around – as was a great deal of incredibly fake news.

In fact, Minister Novak told us she had read in the media that her speech had been very poorly received – the day before she even spoke to us!

Anti-family protesters were busy too. The day before we arrived in Verona, a group of activists donned gas masks and suits and proceeded to spray around the venue entrance with chemicals – implying that they needed to rid the place of our presence.

There was a constant police presence surrounding the meeting venue and neighbouring blocks – a sad necessity, but also quite effective as the worst of the protesters were kept well away from proceedings. The ugly scenes we saw during parts of the 2017 Australian marriage campaign (such as activists storming stages) were completely avoided.

Speaking of which, my own speech – in which I shared some lessons from our marriage debate – was well received and delegates appreciated the sharing of ideas and experiences. 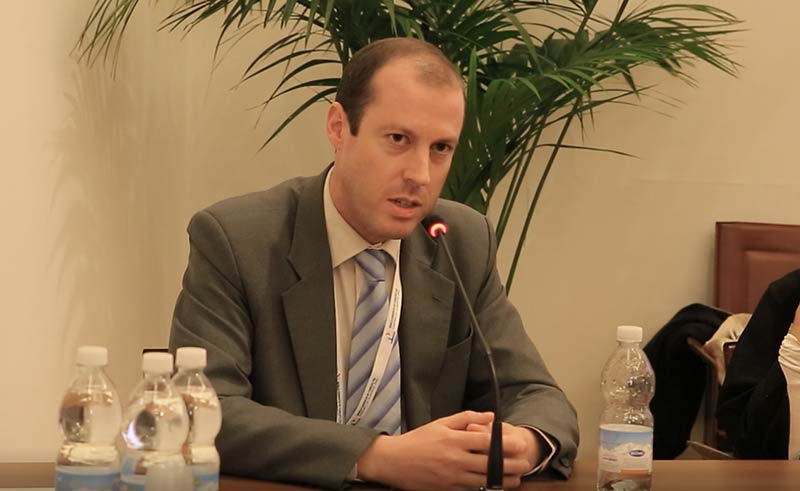 Perhaps the highlight of the entire Congress was the concluding ‘March for the Family’. Numbers were estimated to be in the tens of thousands, and spanned all age groups.

For several hours, the march wove through the streets of Verona, with people wearing t-shirts, waving flags and holding banners that unashamedly declared their support for the family. Messages ranged from pro-life and pregnancy support through to the true nature of marriage and the right of children to a mother and a father. 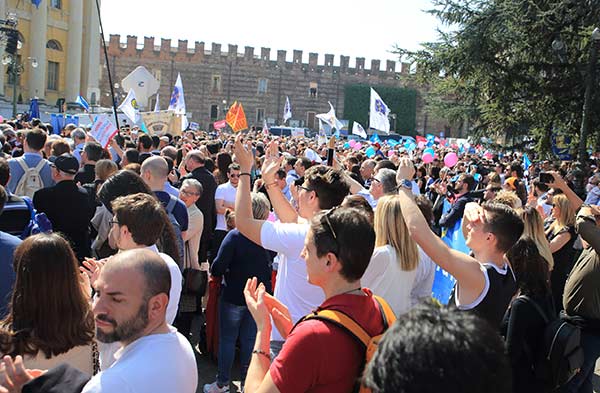 Tens of thousands marched for the family in Verona yesterday

My Italian is pretty limited, but the local marchers were incredibly welcoming and keen to share their thoughts and experiences with me over the time we walked together.

This summary can’t possibly do justice to the activities and learnings of the entire Congress – nor is it meant to. I’m pleased to let you know that our team has lots to share with you over coming days and weeks: photos, talks, interviews and more.

If you're not already on our email list, please sign up below to make sure you don't miss out.