As we reported earlier in 2018, the government of Washington State in the US was proposing to radically redefine its recognition of parenthood by liberalising artificial reproductive technology (ART) laws and introducing commercial surrogacy.

Sadly, the bill that passed the Washington State Legislature in March goes much further than simply redefining parenthood. 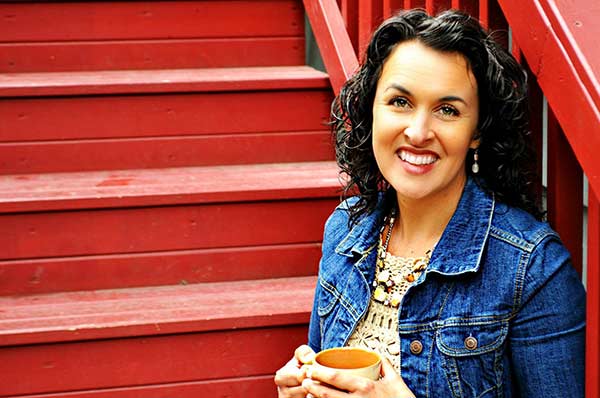 Insight: Hi Katy, thank you for your time. Please tell us about the bill that has passed in Washington State.

KF: In summary, it’s called the Uniform Parentage Act. It pertains to any child that’s created through artificial reproductive technologies (ART), and it legalises commercial surrogacy.

What matters is that if you have drafted a contract and you have been able to put together a sperm, egg and womb, you are the legal guardian of that child, you’re the legal parent of that child. And it redefines parenthood to be completely disconnected from a biological basis and, instead, deems parenthood as based on intent.

On the basis of intent you are now the parent. And there’s even a provision to say that if you have died since you signed the contract, even if you’re unrelated, you are still the legal parent of that child. So, even a dead, unrelated adult has more rights than a child according to this bill.

It is going to make Washington State a global hub for the marketplace of children, because nobody has to be a Washington resident, or even a citizen of the United States. There just needs to be one appointment. It can be a consultation, it could be an evaluation, it could be the actual in-vitro fertilization appointment – it doesn't matter.

It is reproductive tourism at its “finest”, and the reality is that we probably won’t ever know where most of these children go throughout the globe.

Insight: How could such a nefarious bill get through the Washington legislature?

KF: During the first round in the Senate, all of the Democrats sponsored the bill and were in support, along with three Republican senators. And at that point, the only amendment that passed was to limit the times that a woman could function as a surrogate.

After that, it went to the house. Every Democrat supported it and every Republican opposed it. The Republicans proposed about 14 different amendments, from things like requiring intended parents to go through adoption-like screening, requiring that the intended parents be a US citizen, requiring that the surrogate be a US citizen, or limiting the number of babies that you could manufacture through a process like this. And every one of the amendments were systematically shot down by the Democrats – and because they hold a majority there wasn't anything the Republicans could do.

There were several Republican legislators who said: “this was the most horrifying piece of legislation I've ever seen as my time in government”.

Insight: Who was driving this legislation, and why?

KF: I think there’s two very strong forces involved. The number one is that the fertility industry is a very lucrative marketplace. And that’s very appealing. It’s pretty hard to stand in the face of such a cash cow as commercial surrogacy and reproductive technologies. Because there’s no regulations around it, you can charge these desperate people however much you want for these services even though the success rate tends to be very poor for them.

The other side had lawyers who talked about how important it was for us to streamline and make these codes more uniform. And the thing is, you get to clock a lot of hours as a lawyer because the process of systematically stripping one or both adults of their parental rights and attaching them to another adult who then might take the child across international borders is a legal nightmare.

The second factor is definitely the gay and lesbian lobby. One of the sponsors of the bill, a senator, said straight up when he was presenting we have to redefine this parentage act now that gay marriage is legal. He said if we keep all of these gendered terms in there it would be unconstitutional.

So, another thing this did is it totally stripped all references to mothers and fathers and made it completely gender-neutral. He definitely presented it as “lesbians really need this because otherwise the non-biological mother would have to adopt the other mother’s biological children – and that's just too much of a hardship to them. I mean, that's unfair; it’s discriminatory right?”

The Democrats, of course, really want to appear to be the gay-friendly party, and so even though we presented them with some really horrifying cases of children who had been excluded through the process of reproductive technologies and surrogacy, even though we flew out donor conceived kids to talk about how damaging it was to be intentionally separated from one or both of their parents in the process, it didn’t matter. The political correctness reigned supreme.

Insight: What are the long-term implications of this legislation?

KF: It’s the worst-case scenario. you know. It’s the worst-case scenario in terms of if you truly believe kids have a right to their mother and father. If you believe that children shouldn’t be bought and sold, if you believe that they shouldn’t be commodified and their genetics selected based on race and appearance and gender, if you don’t think that that embryos should be disposable, if you don't think that children should be placed in homes of unrelated adults without them first going through extreme vetting and screening, this is the bill that cuts your heart out. Because it absolutely treats children as a designer purse to be shopped for, shipped, and then destroyed if they’re found to be lacking what you purchased.

There’s plenty of surrogacy agencies out there who say they’ll guarantee you the baby that you want, and so there’s a lot of eugenics involved in processes like this. But mainly it’s just the complete disregard for children’s rights and well-being and the desires of adults reigning supreme.

It’s pretty horrifying, and I thought that I would be despondent after it passed, but I’m really just enraged. And they're going to have to deal with the horror cases to come – because the horror cases tend to follow wherever the industry goes.

Insight: Could this legislation open the floodgates for similar bills elsewhere?

KF: I think that surrogacy is being pushed in several states right now. New Jersey and New York are both considering surrogacy legislation. Ohio had a case where a judge enforced a surrogacy contract where previously surrogacy has not been legally enforced. So, there’s pushes everywhere.

One thing I think needs to be made very clear is that if you consider yourself to be pro-life, you have got to be anti-donor conception and anti-surrogacy. I find there to be a little too much moral confusion or moral cowardice on the part of pro-life Christians or pro-life people, who think babies are good and that you need to support people who want to become parents. But the reality is that there’s really no way to have a child through these technologies that does not cost a child either their right to life, or their siblings their right to life, or that does not treat them as products to be designed and discarded, or that does not compromise their long-term health – because most of these children who are born through reproductive technologies are more medically fragile and often born premature.

This process is costly. There’s really no way to do this in a way that is child-friendly, and we cannot. I mean, what is going on here is the absolute inverse of the abortion argument, right?

It is the same mentality that drives both of these issues, because both have placed the desires of adults over the rights and well-being of children. In both of these arguments you’re talking about the issue of commodifying the child, treating the child as an object to be used according to what the adults want rather than a person to be respected. So I’m ready for the church and the pro-lifers to get on board with this issue, because I think that they’re still a little confused about why this is so terrible.

The Supreme Court refused to hear a case last November; a really horrific case of a mentally ill, deaf, mute, 52-year-old postal worker. A single guy who lived in his parents’ basement and who commissioned three male children to be created. He hired a surrogate to carry them, wanted two of them selectively reduced (aborted) around 16 to 20 weeks, which is also very common with surrogacy – selective abortions.

She refused. She wanted custody of the children after she realised how unstable he was. Because of the surrogacy contract, the children are legally his – so now there are 18-month-olds eating food off of the floor of a dirty home and they have been seen in hospital several times due to neglect.

This is a guy who has a history of killing household pets and pulling his own hair out. He would never, never have been approved as an adoptive parent; but because he had the money to create children through surrogacy he’s now the sole legal parent of these three boys. That case was taken to the Supreme Court and they refused to hear it.

Insight: How can we best fight against bills like this?

KF: We need a lot of education, and we need a lot more cultural awareness about how damaging these practices are to children. And right now, that’s not the cultural narrative. Right now, we’ve got Kim Kardashian recommending that everybody use a surrogate if they can.

You can read more about the bill, and Katy’s work as a children’s rights advocate, at: https://thembeforeus.com/