A man described as the “UK’s Israel Folau” has just had his day in court – and he won!

After fighting a four-year legal battle, the UK Court of Appeal has ruled in favour of Ngole. 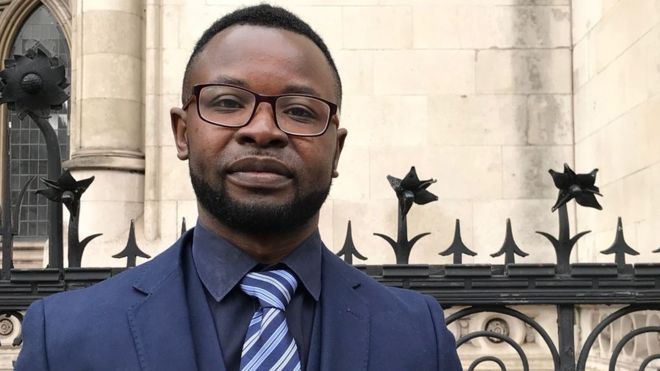 The decision, which overturned an earlier High Court ruling in the university’s favour, found that “the University adopted a position from the outset… which was untenable” and that the university “wrongly confused the expression of religious views with the notion of discrimination.”

The presiding judges pointed out that “The mere expression of views on theological grounds (e.g. that ‘homosexuality is a sin’) does not necessarily connote that the person expressing such views will discriminate on such grounds.”

Ngole’s comments were made in the course of a debate on Facebook over the jailing of US marriage registrar Kim Davis. Davis, you might recall, refused to issue marriage licenses to same-sex couples in Kentucky and was jailed briefly for contempt of court in 2015.

In the wake of the court’s decision, Ngole said “This is great news, not only for me and my family, but for everyone who cares about freedom of speech”.

“As Christians we are called to care for and serve others, and publicly and privately we must be free to express our beliefs, especially when asked, without fear of losing our livelihoods.”

Ngole is not exaggerating when he speaks of his case as a win for freedom of speech.

The university’s charge against him was that in expressing his views on homosexuality he was bringing the social work profession into disrepute, and the court’s judgement observed that “the implication of the University’s submission is that such religious views as these, held by Christians in professional occupations…can never be expressed in circumstances where they might be traced back to the professional concerned” (emphasis added).

This means in practice, as the judges also made clear, such views could be expressed nowhere “other than in the privacy of the home.”

As Michael Cook of MercatorNet pointed out, “If Ngole had lost, teachers, doctors, nurses, other healthcare workers, lawyers, police officers – just about everyone, in fact – would have lost their right to express traditional views about homosexuality, even if they were expressed in a church.”

Felix Ngole’s case could not be more relevant to an Australia still grappling with the already months-old case of Israel Folau.

We can only hope Folau’s case is resolved more quickly than Ngole’s(!), but the similarities are eerie – right down to the possible fallout.

And while Israel Folau explores legal avenues, the broader fight for freedom of religion and belief continues. Specifically, the new federal parliament is now in session and the government is actively pursuing religious freedom legislation.

While this sounds good on the surface, what’s on offer has not been made fully clear yet. There are also continued calls from LGBT activists to limit and water down any protections.

Our job is FAR from done. That’s why we’re continuing to push the Freedom Declaration.

With nearly 20,000 signatories, we need your help to sign and to share this important document far and wide.

If you haven’t yet signed it, please do! And please be sure to promote it as best you can. Here’s the link:

As always, we’re very grateful for your support. Your efforts DO make a difference.